We have compiled the top 10 Domestic Flight Deals sites with a link to each of the flight deals websites. You can use these links to get the Flight Deals.

Makemytrip also has some of the best tie ups with major banking credit cards and domestic carriers. Yatra and Makemytrip are the leading domestic flight deals websites in the market now. MakeMyTrip flights deals are the best in the industry and Travel Package Deals are some of the best if you are planning a trip within or outside of India. Given below is the link for the MakeMyTrip Booking directly with deals link enabled.

Makemytrip recent introduction of nominal fares for Flight change and cancellation of flights is very encouraging. Also having Travel Insurance is one of the best things in India during rainy season. There are always flight delays and having travel insurance helps.

ClearTrip is another Top Flight Deals Websites in India which has been very popular for last minute deals. One thing we found quite famous of this website is to give last minute flight + hotel deals and also a lot of cash backs to their e-Cash wallet and Paytm which can be used for future bookings.

Their combo offers with the hotel booking is the best in the industry.

If you are looking for less conveyance fee, Cleartrip is one of the best to choose.

Expedia is not only famous in India but also worldwide. But due to the publicity of Makemytrip and Yatra, Expedia has less popularity. But the last minute and the early flight deals that are provided by this website is something to look for. 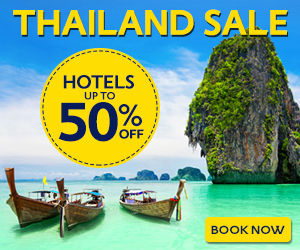 Via is another upcoming Domestic Flight Deals websites in India. It has got good popularity for providing discounts on flight tickets when there is nothing around. You can check this website as well before buying the domestic flight tickets in India. 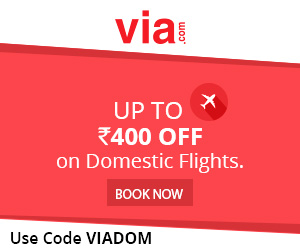 If you are checking for both Domestic Flights and Hotel in India, don’t forget to check the Travel Guru Website. You will get loads and loads of offers here

Enjoy the flexibility of broader seats and free meals in Indian domestic flights from JetAirways. People love traveling in Jetairways as they give comfortable seating and shuffling of seats if available. Also most of the time, meals are free in Jetairways similar to Air India. One can get world class service from Jet Airways.  Most of Domestic Flights in India from major cities have Jet Airways. If there is a cost difference of airfare between two domestic flight providers, pick Jet Airways and you will not be disappointed.
Book Jet Airways flights with the link below